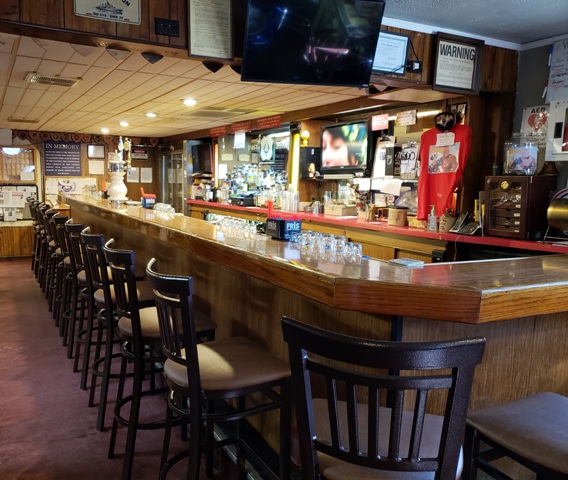 In military terms "Canteen” was not originally a piece of equipment. The word referred to a place where refreshments and entertainment were provided for members of the armed forces.

One of the most famous canteens was the Stage Door Canteen in World War II. The Stage Door Canteen was started and directed by The American Theatre Wing, War Service Inc, at the beginning of WWII. The canteen offered servicemen nights of dancing, entertainment, food and nonalcoholic drinks, and even opportunities to rub shoulders with celebrities.

The first Stage Door Canteen opened in New York on 2 March 1942 in the basement of the 44th Street Theater; it measured 40 by 80 feet and could accommodate 500 people at a time. Soon canteens would open in Boston, Washington D.C, Philadelphia, Cleveland, San Francisco and Newark. Towards the end of the war there were Canteens in London and Paris. At war’s end and after serving so many GIs the Canteens would all shut down.

Today Veterans of Foreign Wars including VFW Post 9592 has adopted the name "Canteen” to refer to the place within a Post where members can find entertainment and refreshments.

VFW Post 9592’s Canteen, which was constructed by its members within the footprint of a donated 1951 Levitt Ranch house, offers a comfortable and relaxed atmosphere where members can avail themselves to a variety of activities like playing pool, playing shuffleboard, throwing darts or a having a good old fashion card game. Post members have access to a juke box that contains a variety of music and multiple flat screen televisions that show different types of programs. Finally, Post members can just unwind or engage in conversation while enjoying one of the many different types of beers, cocktails or non-alcoholic drinks the Post has to offer.

The following Rules are here to keep the Canteen safe and enjoyable for all its members and guests.

Entry and use of the Post’s Canteen is for VFW Members and Auxiliary members who are in Good Standing.

All VFW members and Auxiliary members must have a valid membership card with them and are required to produce such card if challenged by the Bartender or a Post Officer.

Upon entry please show your valid Military ID Card or Active VSO Membership Card to the Bartender or, if present, a Post Officer.

Non-Members are permitted in the Canteen as a guest of a member, provided the member sponsoring the guest is a Member in Good Standing.

The member also assumes all responsibility for the actions of their guests.

Members and guests must follow the rules that are posted in the Canteen.

VFW Post 9592’s Canteen is non-smoking. Those wishing to smoke must do so outside and away from the entrance.

Smoking while standing in or near the building entrance doorway is prohibitive.

The Canteen contains many items of memorabilia, both on the walls and on or in the display cases. These items were donated to the Post by its members, their family members or members of the Community and are an important part Veterans history.

Some items on display specifically memorialize those who made the ultimate sacrifice in wartime or are listed as POW/MIA.

Each item on display is to be treated with reverence and respect.

No item is to be touched, removed or disturbed in any way without the permission of a Post Officer or the Bartender on Duty.